A Good Cup of Tea Solves Everything (even a broken conscience and full frontal denial?)

This week we saw another round in the Game of Thrones play piece of the Elite Deep State/Hidden Manipulators.

This time it was London’s turn to get the Terror Treatment.

The swiftly managed drive by to kill innocents on the pavement with a swift Jason Statham-like left turn  barging into the ill protected gates of Parliament sealed the “Horror of London Attack by Terrorists” sequel to the already mountainous number of similar staged events around Europe and the world.

The sycophantic, fawning, obedient mainstream media reports only what it is told to report, the news outlets scream Terror! and Terrorists in quick succession so as to blind and sear into the feeble consciousnesses of the “Shocked Public” the fact they are “under attack from these crazed terrorists” in the Middle East.

Despite the many eyewitness statements, fast forgotten, never again to be quoted that there were two people in the rampaging car, one bald and white that fled the scene leaving the patsy, Muslim convert to take the bullet, literally –  the message broadcast and shouted from the rooftops of Whitehall and Fleet Street (yea, metaphoric for all pedants keen to say Fleet St no longer houses the press) was the Lone Wolf crazed knife man was “wot dunnit” in typical Sun tabloid vernacular.

Meanwhile as all this is being pummeled into the collective psyche, bombs, British bombs and bombers, US backed forces and the usual rag tag of truly terrorist forces are bombing the bejesus out of innocents, mothers, children and ordinary folk in Mosul, Yemen and Syria (illegally for that one) – as if any of the rest is legal!

The British are always told that we (yes, I am designated British having been born here) have a proud history of Empire and colonial oversight. Cajoled and caressed in the warm bosom of benign imperial rule, we are ordered to believe our actions to have been the forefront in conquering evil dictators, psychopathic killers, emperors and all other such ‘nasty folk’ designated as evil.

Yet truth be told, as it never is in our educational establishments, we have possibly the worst record for slaughter, mayhem and historic karmic screwing with others even set against the present inglorious regime of empire USA style, previous Roman or Central Asian others. These truths would make every drop of milk in every cup of tea ever made, curdle instantly.

So to hear and see so many mopping at their tear stained hearts, caressing  well played with emotional responses and false selective empathy is sickening, considering the ignorance chosen by such players about the  elite games played out in front of us and on our screens. My compassion and empathy for any creature’s loss and demise is fully operational, however it is the cant and hypocrisy I wish to focus on. In so doing I am sure I will be placed, by some, in their pillory box constructed through ignorance, collusion and easily led masses, where they can hurl predictable rotten fruit and tomatoes of ire at one felt to be conspiratorial at best and heartless, without compassion for suffering at worse. Therein lies the sickest joke played on all such blind, deaf and ponerized folk.

A fool telling another they are the fool is to be pitied, not praised. Yet we are exhorted to praise the work of those held up as defending our democracy, freedom and way of life while all the time those among them are planning the next shock, horror event here or elsewhere to sell their specious deceits and overt lie they are only looking after our best interests.

If that was truly the case why therefore were the majority of CCTV systems in the most CCTV’d city in the world taken down around Westminster several weeks ago. The only one to have surfaced  looks to have been positioned on top the MI6 HQ downriver! Where were all the rest that allegedly photograph our daily activity over 300 times a day per passer by?

Why was the entrance to Parliament so weakly guarded that day, when normally there are heavily armed police there? Of course the weak excuse that the man they shot as assailant was known to the security forces yet taken off their imminent threat list long ago, is as played out as  passports of assailants, in the many similar events, being found intact at the scene of the crime. A fail in security of the most serious nature, is it not?

Meanwhile the British public measly laps up the incessant news broadcasts poured out as distraction deluxe and supped as whole food news. Accepting without retort the MSM viewpoint and reportage is truly a red flag of laziness, collusion and complicit agreement to a false god. The God of Tyranny dressed as Auntie. The predictable reporting of ISIS admission is a perennial, swiftly issued pronouncement as well. Due process must have its way in royal propaganda presentations, for sure.

Bottom line the terrorists are those within corridors of power, those colluding to invade and sponsor their patsy terror groups  dish out the mayhem on foreign shores and their foot soldiers, the home guard –  the tea drinking, espresso swallowing, sycophants walking the streets of our cities, towns and villages tut tutting as to the dreadful state of the world, without a glimmer of asking any questions, difficult or not. All they look forward to is voting for even more lock down and security disabling an already harassed and set upon tired dog called freedom.  Resting comfortably in their beds at night, ill aware the Powers that Be continue to drill into shape the next patsy, delusional disaffected, the next specially trained ‘oppo’ to go down on their very own suicide mission  helping secure the future plans of the powerful, is not their concern they convince themselves. Got to look after the roof over the head, the kids and food on the table routine.

It really becomes so predictably tiring watching each script play out, each imprecation of horror foisted as the worst atrocity, the latest evil attack on freedom. Yet what is witnessed is exactly the mirror of what emanates from those professing to be the very guardians we look for. In far away places, foreign soil constantly invaded and destroyed they practice their real role all in the name of  freedom and democracy.

How much longer we all allow this deceit to rule us is anyone’s guess. As long as the voices of truth are silenced, closed down or otherwise impeded from having full open airing then the road traveled will be long, cruel, deadly and arduous.

Of course it can always be blamed on the Russians, other boogeymen and their vile fraternal dictators of 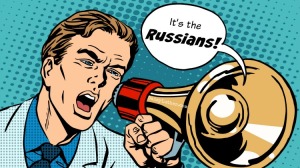 countries yet to submit to the collective rule of Empire but it will never be permissible for us to pull focus and seriously question our own history, our own making and our own tyrannical despotism, dressed as empire. Such imperatives of inclusion in every educational establishment alive will remain a pipe dream until we awaken these truths so vile, so horrific, that once realised will make the young  rise up, revolt and question everything sold them as truth and victors’ history.

The tea sipping English generations too nice to look these ugly truths in the face will die with both karma and conscience unknown or undisturbed, awaiting a higher court’s judgement. Yet pitifully their children and their childrens’ children will  forever be reminded of their ignorant, willing, quisling forebears in denial and collaborators with their chosen tyrannical masters.

For those who see the truth as bright as the lighthouse it is, they become the oaks of support  the young can turn to and will act as a foundation upon which the whole can be staunched, rebuilt and renewed from its terminally rotting away root.

(Images used are expressly for the purpose of information, attribution having been made where known. No profit or gain is made from this public journalism)

Jonathan L Trapman Jonathan L. Trapman, author and photographer, has written since aged 9 and photographed professionally since aged 16. His first novel The Bull got fair marks at school and marked him out as an author in need of improvement. Defying his early detractors he began his professional career as a photojournalist, working for some of the top titles in Fleet Street at the time. Among them the London Times, Daily Express and a very short and boring stint with the Sun newspaper. Having been exposed to the amount of propaganda and half truths demanded from photo/journalists in the ‘70s and 80s, he decided his soul was worth more than shekels earned from the news rooms of corporate cronyism. Marking his further career becoming one of the industry’s foremost photographers he enjoyed getting to know the world, its peoples and a far wider vision of life on earth on others’ behalf and at others’ expense. He has appeared on TV and radio including the BBC, France Inter and online radio. He has been invited to speak at creative and literary conferences across the globe. From early 2012, in partnership with his wife, he has accomplished several translations of foreign writers. The most enduring, endearing and ground breaking has been the first ever, in nearly 1000 years, translation of 10th century Sufi founder and mystic saint Hoja Ahmed Yassawi’s Diwani Hikmet (Divine Wisdom) poetry and sacred verse.(www.diwanihikmet.com) His magnum opus The Freedom Cycle is an ambitious seven book project, Dreams and Realities being the first. Currently working on them to publish over the next few years. Jonathan presently lives in Somerset, UK.
Published March 24, 2017June 19, 2018

politics for the people

Words of Wonder, Worry and Whimsy